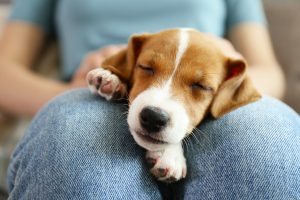 The Centers for Disease Control and Prevention (CDC) announced on December 17, 2019, that the agency and public health officials in several states are investigating an outbreak of multidrug-resistant Campylobacter jejuni infections linked to puppies purchased from pet stores. A reported 30 people in 13 states have been infected, with four hospitalizations and no deaths. Campylobacter infection is difficult to treat because it is resistant to multiple antibiotics. Laboratory evidence indicates that bacteria from ill people in this outbreak are closely related genetically to bacteria from ill people in the 2016–2018 outbreak of multidrug-resistant Campylobacter infections linked to pet store puppies. Puppies and dogs can carry Campylobacter germs that can make people sick even while appearing to be healthy and clean.

How to Find the Right Dog Trainer

From teaching your dog basic obedience to advanced training for dog sports, a great dog trainer can make all the…
Read More