The National Animal Supplement Council (NASC) was formed in 2001 in response to the issue of the lack of an appropriate legal category for Dietary Supplements for Animals and apparent imminent initiatives proposed by regulatory bodies to remove many of these products from the marketplace. Since the inception of NASC, membership has grown to nearly 300 companies, with both US and international members. NASC is a 501(c)6 not-for-profit corporation established as a Utah corporation, with its primary offices located in Arizona. 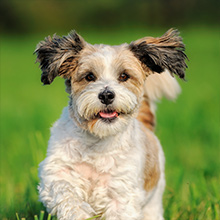 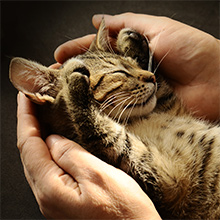 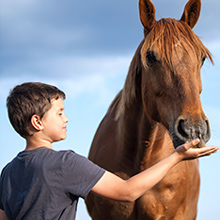 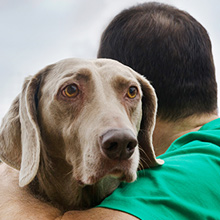 In 1994, the Dietary Supplement Health Education Act (DSHEA) was passed by the United States Congress and signed into law by President Clinton in October.  This legislation created a specific category of products, Dietary Supplements, as a subset of Food under the Federal Food, Drug and Cosmetic Act that allowed the marketing of Dietary Supplements for human use. Unfortunately, when the issue was debated in Congress, animals were not considered and language was not included in the legislation to allow similar products for animals to be regulated as “Dietary Supplements” as provided for people.  Examination of the Congressional record, when the bill was finalized, shows Congress neither specifically included nor excluded the application to animals.  Although it may have been reasonable to at least include animals which are not intended for human consumption, such as dogs, cats and horses, the topic of animals was overlooked, probably for the following reasons:

The primary agency responsible for the regulation of animal food and drugs is the Food and Drug Administration, Center for Veterinary Medicine.  FDA-CVM works closely with the states through regulatory associations like AAFCO to ensure both federal and state laws are followed and companies remain in compliance.  In 1996, FDA-CVM published a notice in the Federal Register explaining why the Agency believes that DSHEA does not apply to animals.

By Linda A. Grassie, Center for Veterinary Medicine. – Part of FDA’s responsibility in enforcing the Federal Food, Drug, and Cosmetic Act (the Act) is to ensure that animal food is safe and properly labeled.  FDA’s Center for Veterinary Medicine (CVM) is responsible for enforcing this part of the Act. Dietary supplements, such as vitamins and minerals, fall into the category of animal feeds.  This article provides an update on the current rules regarding the use of dietary supplements in animal feeds.

Dietary supplements for animals such as vitamin and mineral products have been marketed for many years.  Most of these products include ingredients that are approved food additives, generally recognized as safe (GRAS) substances, or ingredients listed in the Official Publication of the Association of American Feed Control Officials (AAFCO).

Quite a few animal supplement products are being sold as a result of the Dietary Supplement Health and Education Act (DSHEA) passed by Congress in 1994, and these products generally contain similar ingredients to those in human dietary supplements. However, FDA published a notice in the Federal Register in 1996 explaining why the Agency believes that DSHEA does not apply to animals.  Many of these types of products marketed for animals contain ingredients that may be unsafe food additives or unapproved new animal drugs, making the products unsafe for the animals.

CVM is concerned about these products because we do not have scientific data to show that they are safe or even contain the ingredients listed on the label.  This article describes CVM’s authority and concerns about certain animal dietary supplements, and what companies can do legally to market their products.

This opinion places products marketed for animals that are similar to human Dietary Supplements with only two possible legal categories under US Law:  Animal Food/Feed or Drugs.

Food – “articles used for food or drink for man or other animals…and articles used for components of any such article.”  There is no requirement that animal foods have pre-market approval by CVM.  The Act does require that animal foods, like human foods, be pure and wholesome, contain no harmful or deleterious substances, and be truthfully labeled.

When a substance, including one considered food, is intended to be used for the treatment or prevention of disease or for a “non-food” structure/function effect, FDA considers it a drug. Under the Act, a new animal drug must be shown to be safe and effective for its intended use by adequate data from controlled scientific studies as part of a New Animal Drug Application (NADA).  If a product on the market is not approved, it may be deemed an adulterated drug and subject to regulatory action.

The increased consumer demand for animal health supplements creates a significant issue for the industry in that many ingredients, even common ones found in human dietary supplements such as Glucosamine, Chondroitin, MSM (methylsulfonylmethane), etc., are not approved for use in animal food/feed.  Surveys conducted by NASC indicate that there are over 400 ingredients currently marketed by NASC members that are unapproved for use in animal feed products.

In response to the “unapproved” status of these ingredients, NASC submitted ingredient definition applications in 2002 and 2003 petitioning FDA-CVM to allow the use of Glucosamine and MSM in animal feed.  These ingredients were chosen because nutritional requirements for them have not been established in any animals, including “healthy animals.”  Additionally due to the marketing of human products, consumers recognize the use of these and other ingredients for purposes other than nutritional, i.e., providing benefits to support the structure and/or function of the body, or their use with specific medical conditions such as osteoarthritis.

These determinations leave the industry with only one other option under current law: marketing products as animal drugs consistent with their intended use. Legally marketing products as animal drugs requires the submission of an NADA to FDA-CVM that demonstrates criteria for safety and efficacy have been satisfied.  Submission of NADA (New Animal Drug Application) for animal health supplements is problematic because:

If you are a responsible member of the animal health supplement industry, we need your help.  Join NASC, the organization that is working diligently to achieve a viable long-term solution, and become part of a significant voice that will mold the future of our industry.

Happy New Year! Inside you will find a recap of the work NASC did in 2021, plus updates for the…
Read More

Woody’s Pet Food Deli of Minneapolis, MN has recalled its Raw Cornish Hen Pet Food with Supplements due to a…
Read More

Traveling for the holidays? Here’s how to prepare your pet

The weather is colder, the days are shorter, and your social calendar is filling up with holiday celebrations. The hustle,…
Read More