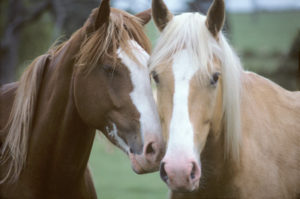 The FDA is investigating horse feed from Gilman Co-Op Creamery in Gilman, MN, that contained monensin, an animal drug highly toxic to horses even at low levels. On June 9, a horse farm in Minnesota began feeding its horses feed mixed by Gilman Co-Op Creamery. That evening, one horse became ill and was not able to stand and two days later had to be euthanized. On June 12, the owner found two additional horses that were laying down in the pasture that were unable to stand. One horse died that day and the other horse was found dead in the pasture on June 13. Over the course of the next month, three more horses died. In total, six horses died after eating the feed containing monensin.

During the FDA investigation it was discovered that the day the batch of horse feed in question was manufactured, Gilman Co-Op Creamery first mixed cattle feed containing monensin. The firm did not perform adequate cleanout between batches to remove monensin from the equipment before mixing the horse feed. FDA regulations require firms to establish and follow cleanout procedures for equipment used in the production and distribution of medicated feeds to avoid unsafe cross-contamination of other medicated and nonmedicated feeds. The FDA continues to investigate this case and will act appropriately to protect animal health.

Monensin is an ionophore animal drug approved for use in cattle and poultry feed to increase feed efficiency and prevent coccidial infections. Monensin is highly toxic and potentially lethal to horses, even at relatively low levels. Horses exposed to monensin may show a range of symptoms including weakness, unsteady gait, inability to get up, diarrhea, abdominal pain, excessive urination, heart failure or death. Acute toxicity may progress rapidly enough that the horse doesn’t exhibit many symptoms prior to death.

A horse’s reaction to monensin will vary depending on the amount of exposure and the horse’s individual tolerance based on the breed, diet, and metabolism. The horses that consumed the feed from Gilman Co-Op Creamery experienced symptoms and died within 12-48 hours of consuming the feed. Monensin toxicity is rarely treatable, and most horses die or are euthanized to avoid pain and suffering. Horses that survive monensin toxicity may suffer permanent damage to the heart or muscles and are unlikely to fully recover.

As a general practice, medicated feeds intended for one species should be kept away from other species. Horse owners who think their horses are ill from consuming adulterated food should immediately stop feeding the suspect food to the ill horse and any other horses, regardless of whether they show symptoms, and contact their veterinarians. The FDA encourages horse owners and veterinarians to report complaints of suspected adulterated horse feed and other animal food products electronically through the Safety Reporting Portal or by calling their state’s FDA Consumer Complaint Coordinators.

The FDA published a consumer update on September 7, 2022 regarding the potential harm faced by pets that come into…
Read More

Ways to Exercise your Horse without Riding

Contrary to popular belief, there are multiple effective ways you can exercise your horse without getting in the saddle. Exercise…
Read More